Skip to content
Commentary > As normal as it gets

As normal as it gets

A Kashmiri family tries to talk. 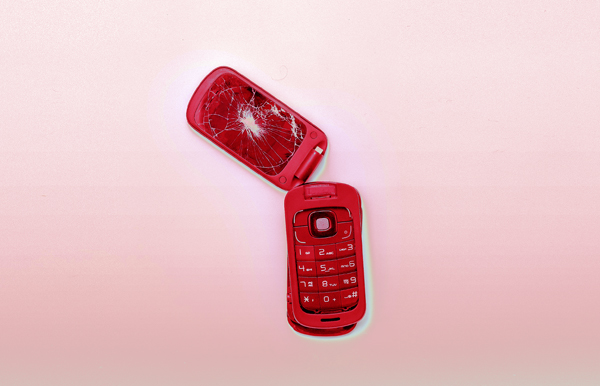 An Indian soldier stands on a street corner in Kashmir, where he randomly stops a passer-by to demand an ID card. Why? It never occurs to the man to ask. Rather, he dutifully reaches into his pocket and retrieves his ID card. The soldier looks at it, matching the photo against the man’s face, satisfied, he motions the man onward. Although this may no longer happen with the kind of regularity it happened back in the 1990s and early 2000s (at least prior to the abrogation of Article 370) there are far more effective tools of mass surveillance in place now, once in a while even today is enough to keep you on your toes, to keep you from lapsing into complacency. The irony of this ritual, of a man from hundreds of miles away demanding you prove your identity to him, in your own homeland, no less, may no longer register for many Kashmiris, but its power to shape and influence our lives continues to remain strong.

One thing my parents almost always ask me when I go out is if I have my ID card on me. It doesn’t matter if I’m only stepping out to go to the greengrocer’s or to get milk. They can’t help asking. It has become reflexive by this point. A normal parents thing for them to do, like fussing over my dishevelled hair or complaining about my ‘worn old man corduroys’. And God forbid if my phone ever runs out of juice: they worry themselves sick, especially my father, who finds himself incapable of doing anything except pacing around the house until I come home or return their calls.

I recently moved to Delhi for work. A couple of weeks before the latest ​crisis in Kashmir​ erupted, my father called me like he would do most days, only this time I was not available to answer the call. It was a particularly busy day at work for me, and I had little time to eat, let alone worry about my phone checked into a tiny locker at the start of the work day. True to form, over the next several hours, he tried my phone more than a dozen times, and by late evening my sisters and brothers-in-law also joined in, each unanswered call compounding their anxiety and fuelling speculation about my wellbeing, with even blame being thrown around for ‘encouraging’ me to leave Panin Kasheer for hostile Hindustan.

Finally, unable to bear the silence any longer, they gave in and called a close friend of mine to see if he had spoken to me that day, something they had held off doing until then for fear that it would upset me. He hadn’t. Luckily, though, he somehow had the contact number to my new workplace, and so he called my office.

Minutes later when the guy at the reception ducked in and yelled my name across a room full of my co-workers, which made everyone look up from their computers, and told me in a voice at once playful and admonishing that my brother was calling ­­­– my friend had introduced himself as my brother so as to be taken seriously – I wasn’t angry or embarrassed: because this wasn’t the first time my family had acted this way, nor, I knew, would it be the last.

Though I can sometimes lose my patience, I perfectly understand my parents’ fears and worries, even when they border on paranoia. Growing up in a conflict-riven place like Kashmir, I have first-hand knowledge of how insanely precarious life can be; how you can lose everything you hold dear in the span of a heartbeat; how death is always lurking just around the corner, waiting in ambush, waiting for an excuse to strike. And if you know anything about Kashmir, you will know that I am not being hyperbolic.

I mention all this to illustrate what ‘communication’ means to a place like Kashmir, ravaged by decades of conflict and uncertainty. How it can be as important to you as the oxygen you breathe, so that when it is​ shut off so easily, so heartlessly, so comprehensively that even the ​postal service is down – like India has done in Kashmir to prevent unfavourable news of its actions from reaching the wider world – you are forcing people down on their knees. Which, who knows, might be what this is all about – humiliating an unyielding and ungrateful people into submission where other forms of coercion have failed.

India’s blanket communications blackout in Kashmir, following the abrogation of the region’s constitutionally guaranteed ‘special status’ – which still remains largely blocked with only partial relaxations since 14 October – bears out the complaint often made by Kashmiris that India’s real concern in the Valley is its territory and not its inhabitants. That despite being the world’s much hallowed largest democracy – something its leaders never tire of gloating about – the country, with Prime Minister Narendra Modi at the helm, is capable of the most cynical and egregious acts of tyranny that one would normally associate with repressive authoritarian regimes and dictatorships.

With the unilateral erasure of Jammu & Kashmir’s semi-autonomy, Indian democracy in Kashmir has yet again shown itself up for what it truly is. A sham project designed to lend an ugly and brutal military occupation a patina of legitimacy. A pretend game of chess that is played by the rules only so long as a certain outcome is ensured. The present actions fit neatly into a pattern of treachery and subterfuge practiced and perfected over the past seven decades. Of the thousands of people detained since 5 August, a list that includes rights activists, merchants, journalists, lawyers, students, politicians of various persuasions, two names jump out at you: Omar Abdullah and Mehbooba Mufti, the two former ‘democratically-elected’ chief ministers of the former state, the champions of Indian democracy in Kashmir. Its stalwarts.

Their detention has raised eyebrows even among people who are otherwise fine with laying siege to eight million luckless residents of Kashmir Valley. The disapproval in the main appears to stem from the worry that such a step gives lie to India’s claim parroted at various international forums, that Kashmiris freely participate in an electoral democracy and choose their own leaders – which of course couldn’t be farther from the truth, as New Delhi has made no secret of installing rulers of its choice in Kashmir. The infamous rigging of elections ​in 1987 that became the catalyst for armed rebellion against Indian rule in the region being just one such example.

Today, locked up, ​depressed, ​perhaps even ruing a slew of political miscalculations over the years that led to the current moment, the pro-India politicians of Kashmir must be wondering how they could ever again work up the courage to talk to Kashmiri people of ‘constitutional guarantees’ and ‘solemn compacts’ when these are clearly not worth the paper they were written on, conveniently shredded to pieces for the sake of a toxic ideology and political expediency. (The ultra-nationalist ruling Bharatiya Janata Party (BJP) will expect to win big in the next round of elections to be held in states such as Maharashtra and Haryana on the strength of its decisions in Jammu & Kashmir as well as Assam, where it has stripped 1.9 million people of citizenship)

As for Kashmir’s pro-India politicians, it wouldn’t surprise anyone that when released they might present themselves to the Kashmiri people as fellow sufferers rather than admit to their role as enablers of the tragedy that is Kashmir, and attempt an honest penance for their sins. Expect them to mount a shrill and inconsequential resistance to the abrogation of Kashmir’s special status. Maybe visit a family or two whose son is freshly killed on the streets during the protests, offer sincere condolences to the grieving parents and enraged friends, condemn the security forces’ highhandedness, promise swift action, justice, the words ringing untrue and hollow even before they form on the tongue and pass the lips. Appear on the rabid and jingoistic Indian news channels, explain the conditions under which Kashmir agreed to ‘accede to’ India, get put down by an uncouth, drunk-on-power ruling party politician … And finally, tired, strike a deal with New Delhi behind closed doors, and once again turn champions of India’s democracy, its vibrant pluralism, its secular ethos.

Meanwhile, Kashmir will continue to groan under the jackboot of India’s military occupation. Insurgency will see a marked rise. Young men, ill-equipped, with virtually no arms training, will take on a professional, battle-hardened army that far exceeds them in numbers and firepower. And so, within months​ if not days, return home: mangled, charred, dead, with many more ready to follow in their footsteps. It will not be only those who wage war against the Indian state in Kashmir who will perish, but also stifled protesters, teenage boys mostly, who throw rocks at the security forces on the streets and alleyways of Kashmir, as will anybody else who finds himself caught at the wrong place at the wrong time. This is the gift of Indian democracy to Kashmir: an undying, mindless cycle of death broken only by the shrieks and howls of mourners.

When I spoke to my father for the first time since August 4, the siege was already into its third week. The longest time we had ever gone without speaking with each other. Though I had expected the conversation to go along matter-of-factly – my father likes to think he is not given to displays of emotion – I hadn’t expected him to brush aside the crisis as ‘nothing we hadn’t seen before’. I was annoyed, ready to launch into him for his dismissal of what was likely to have far-reaching consequences for our homeland. But I held back: what was the use of squandering precious few minutes granted us sparring with my father about an issue we had no say over?

“Everything is normal, then, as they say on TV,” I said wryly, referring to the strident propaganda on Indian news channels about the ground situation in Kashmir.

“As normal as it gets for Kashmir,” he replied.

He sighed. “Let’s talk about something other than Kashmir, shall we?”

The next several minutes were spent attempting small talk about work, weather in Delhi and Srinagar, how well I was eating, whether I had finally managed to buy some new clothes for myself, my nephew born only days before the siege started. Inevitably, we returned to Kashmir; despaired over our collective helplessness, cursed our tormentors, past and present, and shushed each other lest our conversation was being surveilled.