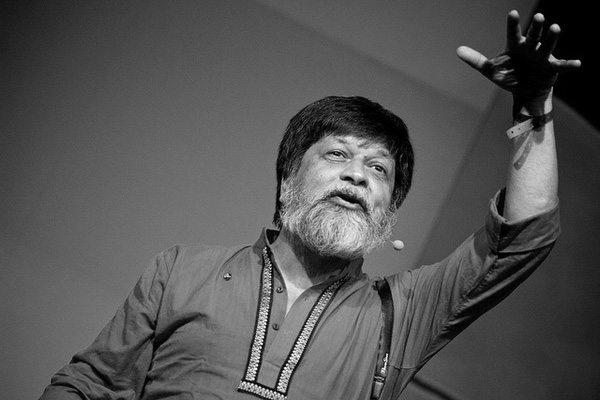 The late-night abduction, detention, custodial assault and subsequent arrest – this sequence is not unimportant – of the renowned Bangladeshi photographer, educator and activist Shahidul Alam has shocked civil-society activists and journalists around the world. While the increasing authoritarianism in Bangladesh’s polity has been well documented, as has the draconian Information and Communication Technology (ICT) Act under which Alam has been booked, the attack on Alam marks an escalation of threat to free speech and civil rights.

Friends, supporters and concerned people all over the world have reacted strongly to Alam’s arrest and called for his immediate release. Lawyers and activists in Bangladesh have mounted a legal challenge and a campaign in his support, not without considerable risk to themselves. The Bangladesh High Court’s reversal of the remand was a welcome first step, albeit the authorities dragged their feet in implementing it.

While Alam’s immediate circumstances are of grave concern, these actions represent a significant increase in government-sanctioned violence. Not only has the police used excessive force against peaceful protestors, but some groups associated with the ruling party seem to have enjoyed the tacit approval of the government to attack protestors and journalists on the streets. By picking on Shahidul Alam, a man with international acclaim and a wide network around the world, Sheikh Hasina’s government is making it evident that it cares little for either domestic concern or international opinion about its democratic credentials.

Several questions need to be asked. The most obvious, of course, is why Alam was arrested for airing his opinion, peacefully, on a matter of public interest, and on events in the public domain. However, even from the point of view presented by the government, where was the need to forcibly abduct him late at night, to ‘allow’ custodial assault (unlikely without a nod from above), and to seek remand for seven days? Custodial remand is usually taken for the purposes of preventing interference in investigations and ensuring that the person does not escape. None of these apply in the case mounted by the government against Alam. He is being charged for a public interview, the contents of which are freely available. A person of his public stature neither would, nor could, flee the process of justice. Finally, Alam was denied access to his lawyers and family, rights that are accorded to all, even hardened criminals.

The conclusion, then, must be that the sequence of events is purely vindictive – that very Southasian way of ‘teaching someone a lesson’, someone who questions those in positions of power. By targeting someone well-connected, the government also ensures that others, those with fewer support structures and limited means, will think several times before taking up cudgels. Along with the campaigns for Alam’s release, activists and journalists must also seek redressal for the Bangladesh government’s flagrant disregard of due process, their misuse of the criminal-justice system, the continuation of the undemocratic ICT Act and the violent prevention of reporting on the unrest on the streets of Dhaka.