Skip to content
Commentary > This is why this kolaveri di

This is why this kolaveri di

The viral hit says more about India than you think it does. 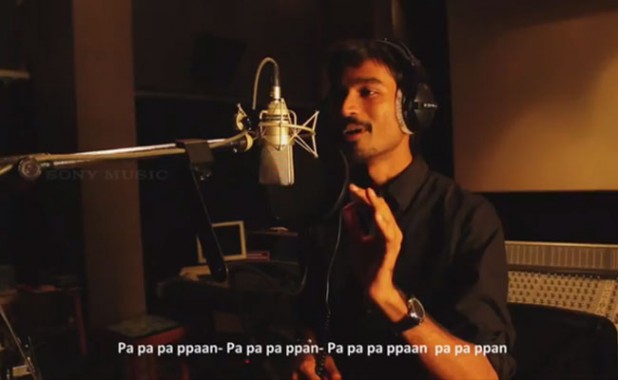 Barely five weeks after its mid-November release on Facebook and other social-networking sites, ‘Why this kolaveri di’ was named song of the year by CNN. ‘Kolaveri di’ is a song of heartbreak: a boy asks why his girlfriend is mad at him (kolaveri is Tamil for rage). The song arrived suddenly and quietly, taking critics off guard. Most people only later came to know that a multinational – Sony Music, via Facebook – had promoted the song. Although most of the lyrics were in English, they were sung with a heavy Tamil accent that marked the song as regional, even provincial. On the internet, ‘Kolaveri di’ was an edgy yet safe and accessible expression of Southasia’s cultural diversity.

The song immediately crossed the ‘border’ to North India and the technological border from new to old media, Internet to print and TV. But modern communication is not a one-way street. As this South Indian product moved north, there was a third border-crossing: North India crossed an ideological line and came to the South, where lower-caste assertion predates Independence, and where upper-caste agitations against caste-based reservations never took place on the scale they did elsewhere in India.

Yet the song itself seems anything but serious. The tune is undramatic but catchy, with short musical passages repeated again and again, only slightly varying pitch, tone and phrasing. Its improvisational air reinforces the sense of lightness and triviality. The video looks as if it were recorded on a lark by youngsters with a camera. It took no more than ten minutes to write the song, we are told. While the orchestration is clearly professional, much of the YouTube video advertises amateurishness. The synthesiser goes off-key. Many of the words are nearly nonsense: ‘Oh my lovvu, you showed me bouv-u, cow-u cow-u holi cow-u, I want you here now-u.’ In the midst of the recording, the singer laughs, puts down his earphones and chats with the composer. Comment and instructions are folded into the video – ‘soup song … flop song’, ‘rhythm correct’, ‘maintain please’, ‘only English’ and so on. What looks like a rough studio take became the official release, maintaining the feel of a careless exchange between friends.

Perhaps as a result, responses to ‘Kolaveri di’ have seldom discussed the song itself, beyond noting its addictive quality and its viral spread. Rather, they have dwelt on the thrill of being part of the in crowd, ‘with’ the phenomenon. ‘Kolaveri di’ has not inspired the kinds of conversations that music aficionados usually have, where they explore nuances and interpretations. Instead, the song has remained almost exclusively in the realm of youthful fan culture, where the entry fee is immediacy and enthusiasm, and fans are more eager to be counted in than heard. (Except, of course, for the multitude who produced remixes of the song. Within days there was an Arabic version, a version from the female perspective, a Punjabi bhangra variation and even one in proper Tamil.)

It is not easy to gain a grip on a cultural event that seems Teflon-coated, especially when media commentary chooses to serenade rather than scrutinise it. With ‘Kolaveri di’, the mainstream media, as if eager to show its continued relevance in the new-media ecology, played a loyal supporting role throughout, with a series of news stories that were little more than advertisements hailing and fuelling the song’s meteoric rise.

More than meets the ear

The one person who issued a very specific critical statement of ‘Kolaveri di’ was the lyricist Javed Akhtar. Although the song speaks of anger (albeit in Tamil), the artist, who with Salim Khan conceived the ‘angry young man’ of Bollywood films, found nothing in it that he could accept. Akhtar declared that while everyone was praising the robes, ‘the emperor has no clothes.’ The song’s success could neither be justified nor explained, he implied, except as a result of human folly and the tendency to conform. Besides this, however, there was little or no critical commentary in the weeks after the song’s release. Other celebrities, meanwhile, offered a chorus of approval. So, Akhtar went on: ‘Tune ordinary, singing substandard, words an insult to sensibility.’ Yet he was also highlighting something important about ‘Kolaveri di’: a do-it-yourself casualness that enabled audiences to feel closer to the performers, not always to be held up as lofty and talented.

As a breakthrough for Internet marketing, then, ‘Kolaveri di’ reflects the strengths of the new medium: its capacity for intimacy and interaction with users. Also important is its ability to immediately transcend geographical boundaries, in this instance first from South to North India and then to the entire world. It is telling that the song’s crossover success was incubated on the Internet, which in some respects is more liberal than Bollywood (the 10 percent of the Indian population who use the Internet are presumably among the more cosmopolitan and educated). ‘Kolaveri di’ is therefore an instructive example of how the Internet is paving the way for a welcome cross-pollination from regional to mainstream Indian culture.

In fact, ‘Kolaveri di’ has elements that are culturally subversive in the North Indian context. It draws on a set of dynamics that are well established in Tamil cinema but are largely absent in the North. In ‘Kolaveri di’, a boy whose dark skin suggests he could be lower-caste expresses unrequited love for a fair-skinned girl shown beside him. The singer’s English is regionally accented and ungrammatical, while the girl is silent and averts her gaze from the camera, reinforcing the impression that the boy is aspiring for something out of his reach. I imagine that if she did speak, she would reject him in polished convent English.

Tamil cinema, for which ‘Kolaveri di’ was recorded, reflects a society where upper castes are no longer dominant, either politically or culturally. A substantial number of romantic heroes there are both dark-skinned and of lower caste, while the heroine is often light-skinned. A crude reading of liaisons in these films would be that lower-caste men get to openly romance upper-caste women and be celebrated for it. Not so in Bollywood, however, where distinctions of class, creed and caste are treated more reverently, and romances arrange themselves like matrimonial columns, in hierarchical order. (There are some exceptions to this, when class has been the central subject of a film. Even then, however, we get something like Prakash Jha’s Aarakshan, which is timid compared to most Tamil films).

In ‘Kolaveri di’, humour renders controversial romantic sentiments acceptable. Given the lyrics, it is not even clear how seriously the boy takes his own feelings. There is no resolution to his story, but the tenor of the song is comic, and the music – with the nadaswaram and thavil, instruments that usually mark Tamil celebrations – is festive. However, the song’s title speaks of rage, not humour, albeit transferred deftly onto the woman. In fact, from all that we are told that the rage only makes sense if it comes from the boy, who has been dumped by the fair-skinned girl for reasons that he sees, well, in black and white. Even the idea of rage is obscured, though, since what most people hear is a strange new term. A new word, kolaveri, stealthily enters mainstream vocabulary, and the announcement of lower-caste anger in the national media is greeted with applause.

In a highly stratified caste society, cultural products achieving intimacy with a mass audience is not a simple matter. ‘Kolaveri di’, with its offbeat character and social-media savviness, is a Trojan horse bearing hitherto largely forbidden sentiments. It’s just entertainment, but it does something Mumbai’s entertainment industry has been reluctant to do for decades.