Skip to content
Commentary > Mourning, memory and resistance in Pakistan

Mourning, memory and resistance in Pakistan

A tribute to Sabeen Mahmud. 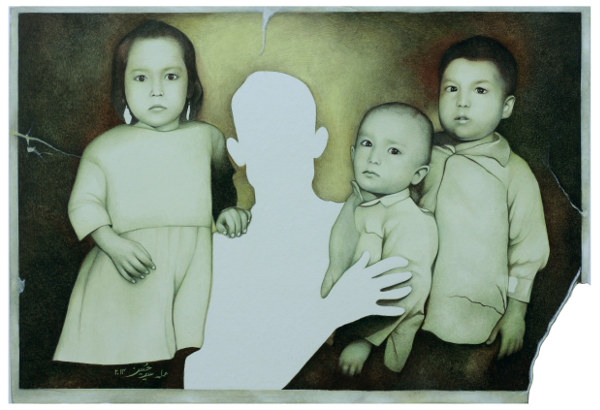 (This article is an adaptation of a talk given by the writer on ‘Social Resistance and the Militarized State: The Radical Love of Sabeen Mahmud’, organised by the Department of Media, Culture and Communication at New York University on 23 October 2015.)

It’s a powerful coincidence that today is the ninth day of Muharram, a time of mourning and remembering in the Islamic tradition, a time for the transcendental contemplation of injustice. I want to begin by discussing a core injustice in contemporary Pakistan: enforced disappearances and extra-judicial killings. These have a prominent history in many countries around the world, including the US. In Pakistan, the disappearances have an imperial, regional and sectarian dimension. But that’s not what I wish to talk about today. I wish to talk about how these disappearances cannot be talked about in today’s Pakistan.

In November 2007, barely two weeks after General Pervez Musharraf imposed his emergency, a few of us gathered at Sabeen Mahmud’s non-profit cafe in Karachi, The Second Floor (T2F), to watch Missing in Pakistan, an incredible documentary that captured the rise of disappearances under the ‘Mush-and-Bush’ war on terror. The Inter-Services Intelligence (ISI)-led abductions were taking place all over Pakistan – but especially in the province of Balochistan – and formed the key point of tension between the Supreme Court and Musharraf’s regime, eventually leading to the imposition of emergency. Indeed, there had been a media blackout on this “missing people” issue, this even before the imposition of emergency when the media itself was blacked out.

Confronting her politics, for many liberals, means confronting their own lack of politics – a depoliticisation that Sabeen worked very hard to undo.

In this atmosphere of martial law and country-wide arrests, hosting the first screening of the first extensive documentary on the missing-people issue was a radical act of courage. T2F was barely six months old, an emerging space for ‘everything-consciousness’ where art, music, literature, film, politics, science and technology came together the way they came together in Sabeen’s being. Sabeen was very nervous, but she was charged by her nervousness. “We can’t sit around and do nothing, bhai!” I imagine her as having said. Sabeen could have played the game of avoidance, of silence, of merely claiming critique. But she chose to play a game of action, of moving beyond critique – of living, instead of fearing. She was not an impractical idealist as she is sometimes incorrectly portrayed. She was the most practical person I knew; practical in the true sense of being committed to action. The lights were dimmed before the screening began. We pretended that the cafe was closed, that nothing was going on inside. Given the over thousand arrests that had already taken place in the country, we were expecting the intelligence to show up and cancel the event any second. And Sabeen prepared her audience in advance for this possibility, asking people to leave if they were scared. I was scared. But now that I was there, I really couldn’t leave. I had published an analytical piece a day earlier on the emergency and the missing-people issue, but I hadn’t had the guts to do it under my own name. I remember that once the fantastic screening was over with a poignant Q&A, I had left with more courage than I had arrived with.

I recall this moment for two reasons. First, to indicate what to me was the spirit of Sabeen. Acting with courage, and giving courage to others as well: to be themselves, to be political, to be creative, to speak, and most of all, to act. To be agents. The root of the word courage is cor, the Latin for ‘heart’. No one spoke and lived from the heart, as much as Sabeen. She was a heartist, an ashiqana being who knew how to live and respond in the moment, and who bore responsibility for the moment. That is a tall order, so marvelous, and so rare.

The other reason I bring up the 2007 event is to underline that Sabeen’s work on issues of political oppression was long-standing. Eight years later, in April 2015, the five bullets that took her life were a result of a related event. This time, T2F was featuring the family members of missing people to tell their own story, to give testimony about this most reprehensible state crime in today’s Pakistan. Sabeen posed a problem to the establishment not because of an isolated event on human rights in Balochistan she hosted after the Lahore University of Management and Sciences (LUMS) backed out. Sabeen’s problem was that her file was too deep, and that there were multiple files.

If six months after the birth of T2F, Sabeen was agitating on the issue of missing people, one year later, on her cafe’s first anniversary, she chose to celebrate by organising T2F’s first event on the Bangladesh war of 1971. I know of no place in contemporary Pakistan that was asking difficult questions about 1971. I know of no place in contemporary Pakistan that was asking difficult questions about Balochistan. And all this, in not one, but three, public events. I know of no movement in contemporary Pakistan – apart from ‘Pakistan for All’ of which Sabeen is a founding member – that has had the guts to stand up to the hate-mongering propaganda of Lal Masjid clerics, in order to reclaim the country from an extremist discourse. Sabeen and T2F were also central to People’s Resistance, the activist coalition that operated from Karachi during the lawyer’s movement – triggered after Musharraf unconstitutionally suspended Chief Justice Iftikhar Chaudhry from his position in the Supreme Court. All this, alongside her solidarity work on transgender and minority rights. This political, pioneering, and radically disruptive side of Sabeen, one that promoted alternative histories and stories, while supporting marginalised groups, is not highlighted enough. Sabeen has been more frequently remembered as an ‘arts patron’ and a ‘postmodern flower child’, both of which she was, but that’s not the reason she no longer is. Sabeen was not an itinerant academic, journalist or filmmaker, who would work on a cause for a while and then move on. She was not instrumentalist. She was in place, irrepressibly mobilising.

There is injustice in not remembering this side of Sabeen, but also complacency. Confronting her politics, for many liberals, means confronting their own lack of politics – a depoliticisation that Sabeen worked very hard to undo. What does it mean that at the first major protest in Karachi after Sabeen’s murder, many concerned and affected citizens could not bear witness to the militarised violence against the Baloch? We cannot memorialise Sabeen without memorialising the hundreds of intellectuals, students, teachers, journalists, poets and activists who have been and continue to be assassinated in Pakistan, especially in Sindh and Balochistan, through ‘kill and dump’ policies of the intelligence-state over the last 15 years. Sabeen would have smiled at “I am Sabeen”, but I suspect she would have preferred “We are all Baloch”.

I am also aware that there are many folks on the left who rolled their eyes at Sabeen during her life. She came across as a ‘liberal’ to them, as intellectually and politically naive, as not having what we have come to recognise as ‘real’ and ‘radical politics’. I would argue, instead, that it is our inherited prisms of resistance and radicalism that need reimagining. These universalising, transnational logics tell us that resistance looks a particular way, and ‘activists-with-a-politics’ talk a certain way. But our imaginary of resistance belies an attention to positionality, to location, to the diversity of being and action. As we strive to build new social futures, we need to interrogate how our imaginaries and desires of the grand narrative of resistance is disabling for social justice, not the least because of the dismissive, judgmental attitudes that come with the seduction of this narrative. There are many, many meanings of ‘political work’. Sabeen’s activism was specific to Pakistan, and even more specific to the devastation of Karachi. Her purpose, in her own words, was “intellectual poverty alleviation” of the elites and solidarity with the marginalised. Sabeen lived her purpose, and that of others too. What else is the meaning of beauty?

I did not learn Marxist politics from Sabeen. I learnt a heartist politics from her, one that is grounded in fearless love, openness and generosity. I learnt what it means to have conscience and courage in the moment. Sabeen brought people together, and I learnt from her the importance of creating spaces for knowledge and community. And of course, to do it all with a sense of humour, play and vitality. Sabeen had an air of energy and movement about her; she was such a force. She threw herself into so much and so successfully, that to me she didn’t seem like a meek ‘candle in the wind’ as people have called her, she was the bloody wind itself.. She was a creative and political catalyst.

Even at the height of a big funding crisis at her non-profit, she said no to Coke when they wanted to fund the Creative Karachi Festival that she had organised. “We creatives have to keep doing what we do in the only way we know how. Make our own terms and then live and love by them,” she told me over an sms.

I learnt this creative politics of love and action from her. Importantly, the act of remembering and memorialising was key to her action. Sabeen never forgot. Even if she overworked her staff, even if she had to pay out of her own pocket, even while her health suffered, Sabeen always dedicated time and energy to acts of collective memory. Amongst others, she memorialised the artist Asim Butt, the activist Perween Rahman, and the journalist and theatre director Musadiq Sanwal after their deaths. She remembered, she revived.

Tu amar hai jigar. My friend, you are eternal.

~ Nosheen Ali is an Assistant Professor at Habib University, Karachi, and the director of its program in Social Development and Policy.