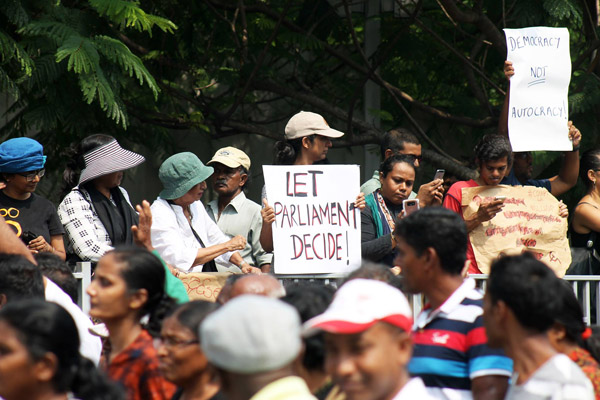 The political and constitutional crisis in Sri Lanka is undoubtedly complex with previous friends turned foes coming together and former enemies turned partners turning against each other. However, that hardly excuses the kind of alarmist hyperbole in use in reputed international media to describe events in Colombo.

While the crisis is serious and deserving of keen attention, some in the international media seem to have fallen back on tired tropes to describe the unfolding events. According to Newsweek, the crisis is so dangerous it could lead to “a possible resurgence of violence—and even civil war.” The New York Times, too, thought the situation in Sri Lanka was “threatening to upend its emergence from decades of civil war.”

While no one can obviously rule out the possibility of violence, the unthinking equation of the Sri Lanka of 2018 with a civil war seems inexcusable. And reportings like those cited above are unacceptable not just because they fall back on national stereotypes, but because they give a misleading picture of rapidly unfolding events – whose speed and context already complicate the story.