To cross a river 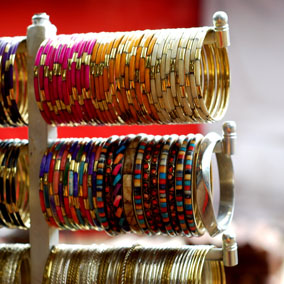 First thing she does when she wakes up is put her head on her mother’s belly to listen to the gurgling of the river that flows inside her. The sound, distinct as Bagmati makes under that bridge that separates two cities, assures her once again that her mother is still here.

Mornings have changed for Siddhi in the last two months. She used to be the last one in the family to wake up. Two months ago, her sister would have finished cooking the morning meal and her mother would have been back after taking rounds of the innumerable temples in the city before she even woke up. Her mother would usually sneak in some gwaramari under her damarkumari shawl, and then when her sister would bring in three cups of tea, the aroma would be too inviting to stay asleep.

“Maa, wake up. I brought tea”. While the steaming hot tea cooled down, Siddhi folded the blanket, straighten up the room, covered her mother in a lighter cotton wrap, a gift from her father from his trip to India. She wipes her mother’s face with a wet towel and helps her to sit upright leaning against the peeling yellow wall. Now, this was the best part of the morning for her, pouring small amounts of tea in a small cup and coaxing her mother to drink it.

It takes her a long time to finish that tea, few sips at a time. This was the time when she did all her thinking, worrying, planning and all resolving the little problems in her life.

“Maa, Shanti didi is down in the dark room working since five in the morning. I know she loves the smell of the chemicals and the pictures but don’t you think she should go out sometimes, maybe to buy some bangles with me.”

Her mother moves her eyes. Siddhi likes to believe her mother understands everything she says and is nodding a silent ‘yes’.

“Do you remember which day is today? Biwaha Panchami, the day I was born. She promised me that she would take me to get green and yellow bangles from Zeba’s shop. She said she would get permission from dai to cross the river and visit the bangle sellers in Mangalbazar. Now she is in that dark hole and she will not come out till late.” She touched the last four green bangles on her left wrist. She had been breaking them every day in between chores.

Shanti had taken to waking up at early hours of the morning when one could hear the water gushing out of Maruhiti, hours before one could hear the noises made by women out to fetch water in brass vessels nestled in their hips, vegetable sellers with their kharpans bringing in potatoes and spinach freshly washed on the banks of Bishnumati river and men chanting prayers with the frequent clanking of brass cymbals.

Settling her mother on a window looking out on the misty Mangsir morning, Siddhi quietly made her way to her sister’s hiding place, determined to talk her into getting out of the house today. Chasing layers of dark curtains that always greeted unwelcomed guests in the darkroom, Siddhi found her sister stooped over a metal dish. She decided to act like everything was like before.

Shanti wasn’t sure if she would talk today.

“Didi. Dai is bringing back Bhastaju today. He said he will be back by noon. We should go to buy some bangles. See, I only have four left. You promised me that you would get me more on my birthday.”

Shanti looked up, unable to believe she had forgotten her little sister’s birthday. She will be nineteen today. She is not that little anymore. Most girls her age are married and have children now. All her cousins are married and carry babies on their hips. Siddhi’s close friend Rashmila who was also nineteen, was now a mother of two.

“I have already given Maa her tea. She is looking out the window now. I hope she doesn’t fall asleep there. But that’s not what I was going to say. You need to hurry up before the sukunda runs out of oil. Maa always said it was not good to let the flame die before the rituals ended. Let’s quickly finish the rituals and I will start cooking. Dai will be back home by noon and we can walk to Mangalbazar”

Birthdays were special at Siddhi’s family. Gunimaa, her mother, made a fuss over everyone’s birthday. Her father received a pompous birthday celebration every year, with all his three sisters, their husbands and countless nieces and nephews invading the house. The sisters enjoyed the meal every year, yet always left by saying, “Gunimaa is so extravagant!” or something like that. Then came her first born, her only son’s birthday in which she made sure she consulted the astrologer and visited every important temple in the Kathmandu valley to ward off all curses, dangers and risks that might befall him in the coming year. Her two girls got an equally elaborate puja and a new pair of clothes, in addition to the once-a-year new clothes for Dashain.

Shanti was surprised to see how meticulously her little sister had arranged everything for the puja. The sukunda was gleaming with wicker burning in a puddle of mustard oil, the pujathal lined with incense, flowers, rice grain, vermillion, curd, the big brass pot, confetti of evenly cut fruits, marigold petals, rice grain and puffed rice, and the new pair of clothes, green and gold silk her mother had purchased from a Tibetan trader long time back.

Siddhi waited for her turn at the bangle shop behind the Krishna Mandir.

Should I buy the red bangles this time? Where did Maa’s shiny bangles go? She took them off after Baa died. Her wrists are bare now. Shanti’s wrists are bare too. She hardly wore her favourite black balas anymore. She said it was because it came in the way of her work. She could not work in the dark room with those bangles making noise and clanging with whatever she did in there. I know she hid those bangles under the red banarasi saree that baa got for her for her wedding. I will look for them tonight and ask her if she would let me wear it. I will buy the red ones, I think or maybe just green. I will hide it till it’s time to wear them. I will show it to Maa. She doesn’t tell my secrets to anyone.

“Do you want me to break the old bangles or take it off?” They hardly looked green anymore with speckles of dirt coating them. Zeba the bangle seller asked drawing Siddhi’s hands to her lap. She then started sorting through some shades of green bangles.

“No,” said Siddhi. She didn’t want to cast off those poor four glass bangles that clanged every time she moved her hands. It had kept her company in the last few months with her mother silently sleeping in the room downstairs and her sister caged in the dark room.

Shanti hardly spoke a word these days. On her last trip to Mangalbazar, almost a year ago, Zeba’s husband and Shanti would get into heated argument over the freedom movement in India, it’s consequences on trade, on religion and eventually on what would happen to Nepal if it has freedom. Siddhi listened to them wide-eyed. She had never heard her sister argue with anyone before. In fact, she had never even heard her sister speak to any man outside her family.

Maa always warned them that they should never let their eyes meet men on horses or any men who were not cousins or relatives.  Mother to two young daughters, Maa wanted to prevent her daughters from locking eyes with strangers, especially men. She repeatedly told Shanti and Siddhi the story of her cousin who was stopped by a man riding a horse near Maruhiti. Few days later more men in horses arrived in the tol asking about her. Siddhi lived in perpetual fear that their trips to Mangalbazar would come to an end forever if her dai or Maa found out about her sister’s frequent spirited arguments at the bangle shop.

“We have yellow bangles for the wedding season. Do you want six of them too?” Zeba started coaxing the delicate yellow bangles around Siddhi’s hands. She noticed that her hands were much harder, her skin stiff. Zeba broke two while trying to push the bangles into Siddhi’s coarse hand.

Shanti gave a quick nod. Siddhi could have anything she wanted today. She could not bring herself to regret forgetting about the puja for her little sister’s birthday. She was supposed to be taking over Maa’s place in the house but she constantly found herself unable to do simple chores around the house like cleaning and cooking. She didn’t even help Siddhi take care of Maa anymore. Instead of remorse, she felt relieved that Siddhi had grown up.

They left Mangalbazar with a block of chaku her mother liked and Siddhi happier by the dozen green and yellow bangles.

When Siddhi saw the Bagmati River gurgling away under the bridge, she quickened her step. She didn’t like crossing rivers.

~ Sanjana Shrestha is a writer based in Lalitpur. This short story is part of a forthcoming series.

The global branding of caste

Bernardo A Michael and Anil Varghese

Swear not by the moon

The contentious politics of lunar sighting in Pakistan.