Southasiasphere: Issue #8 – Updates and analysis from around the region. 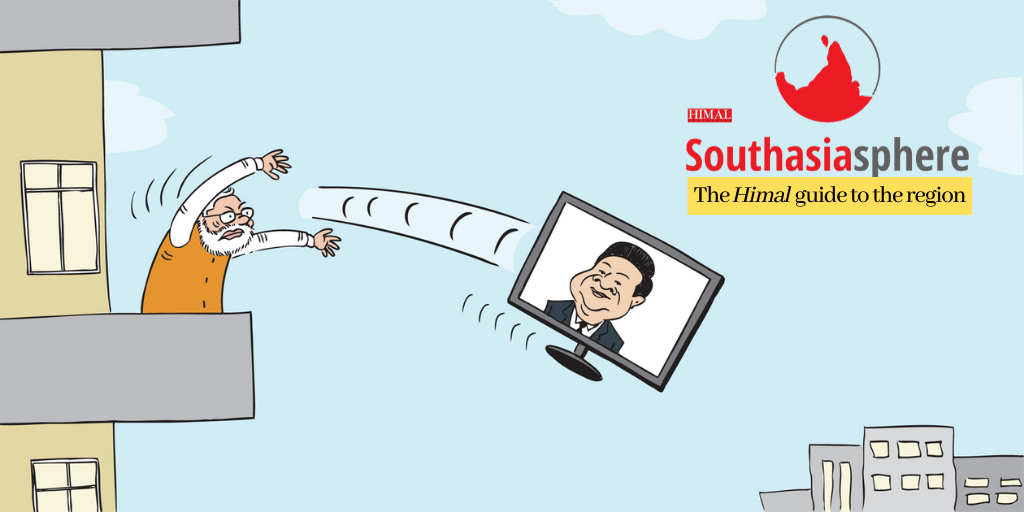 COVID-19 corruption in Nepal and Bangladesh

Heightened tensions between India and China, both led by stridently nationalist governments, dominated last week’s headlines after soldiers of the two countries clashed in the disputed Galwan Valley of Ladakh on the night of 15-16 June.

In what was the first instance of combat deaths in an India-China conflict since 1975, at least 20 Indian soldiers were killed. China accused India of “deliberate provocation”, including unilaterally building bridges and roads. India, in turn, claimed the incident “arose because Chinese side was seeking to erect structures just across the LAC [Line of Actual Control] and refused to desist from such actions”.

This incident is the most significant among India’s recent crossborder tensions, which includes territorial disputes with Nepal in the western Himalaya, skirmishes with Chinese soldiers across the Sikkim border in May, and an exchange of fire with Pakistan across the Line of Control days after the Galwan incident.

The impact on Southasia has been wide-ranging. Relations between India and Nepal have hit a new low. Members of India’s ruling Bharatiya Janata Party have made calls to boycott Chinese goods. China is the largest source of imports for India and if trade were to be disrupted, India’s manufacturing supply chains would be badly hit.

China’s economic diplomacy with Bangladesh – 97 percent of Bangladeshi exports will now be exempted of Chinese tariffs – has caused a panicked reaction from the Indian media, and their portrayal of Bangladesh as the latest country under China’s grip was criticised by the Bangladeshi public.

Further escalation of tensions in the region will be costly, as COVID-19 cases rise and the region feels the economic repercussions of the crisis.

Cronyism and graft in public procurement is not new in Southasia. The supply of medical equipment and testing kits post-COVID-19 has become a new avenue for large-scale corruption.

Bangladesh’s national health agency has come under public scrutiny after it was found procuring medical equipment at prices that were sometimes five to ten times the market rates, according to a recent study by Transparency International Bangladesh. This included safety goggles, medical gowns, as well as website development and audiovisual clips as part of an emergency COVID-19 project. Businesses that import medical equipment have also taken advantage of the crisis, as customs officials, port authorities and banks have relaxed their monitoring for essential goods. Overpricing and false invoicing of medical supplies has long been a problem in Bangladesh. According to Global Financial Integrity, a Washington-based think tank, the country loses an average of USD 7.5 billion a year, about 4 percent of its GDP, from false invoicing alone.

In Nepal, Prime Minister K P Oli’s government has been implicated in corruption scandals regarding the procurement of testing kits. The government’s decision in March to award a controversial private firm the procurement contract to import COVID-19-related medical supplies, including rapid-testing kits from China that were later found to be unreliable, received much criticism. After a sustained public outcry, the deal was scrapped. The Oli government’s decision to hand over the bid to the army has also come under criticism for a lack of accountability and transparency. Most recently, 28,000 test kits purchased by the army were found to be incompatible with most testing machines in the country, which could lead to a decline in testing rates.

In India, rights organisations have condemned the criminal charge filed against Scroll.in’s Executive Editor Supriya Sharma for her work highlighting vulnerable communities in Varanasi during COVID-19.

In Pakistan, Pervez Hoodbhoy, Ammar Ali Jan and Mohammed Hanif – academics and writers who have been vocal critics of the government – are being removed from their university teaching posts, while Sindh literature professor Sajid Soomro has been detained under blasphemy laws.

In Nepal, controversial amendments to the citizenship law – which introduce a seven-year waiting period for naturalisation of female foreign spouses, and make it difficult for women to pass citizenship to their children – are likely to go ahead as the ruling party, with house majority, approves the bill.

In Afghanistan, media organisations have raised concerns about legal amendments which would require journalists to reveal their sources to state bodies.